We conducted a Japanese language guide tour for international students!

Following the English Guided Tour for International Students on November 30th (Thursday), a guided tour was conducted on 3 December (Wednesday) for three international students from Hitotsubashi University and Tokyo Gakugei University.
The participants are foreign students from Thailand, Moldova and China who just came to Japan at the end of September this year.
This time, the entire tour in Japanese (without an English interpreter)!
And, one of the participants is a foreign student from Thailand, and specially incorporated in the course “The Stone Bell Garden” by Thai writer Montien Bummer, which can be viewed only on October 13 each year. Yes.
As we walked through the block, we were all very surprised by the many works that appeared one after another.
It was a tour of about 45 minutes, but I had a lot of happy impressions that I could have more time, want to see all the works, and so on.From now on, we will consider various ideas so that people in Japan and foreigners can enjoy “Fare Tachikawa Art” more! 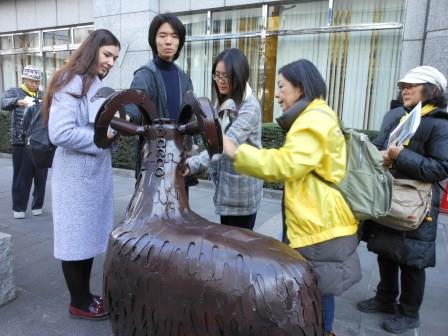 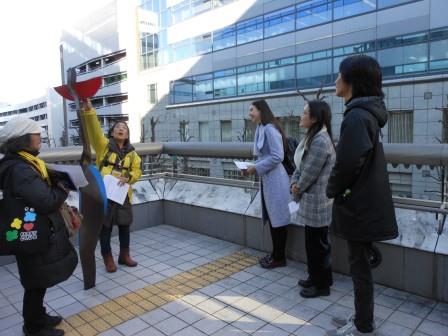 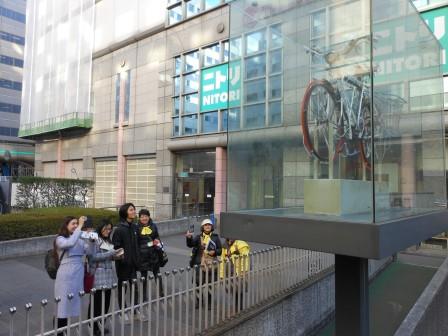 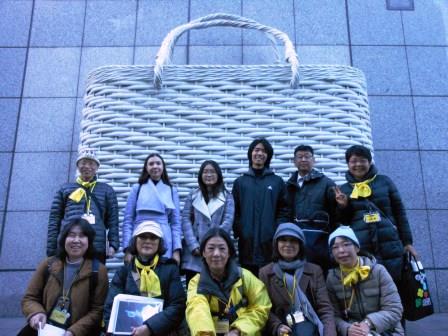 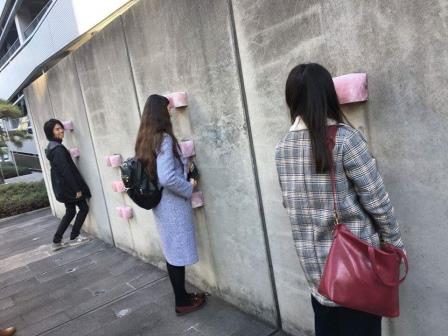 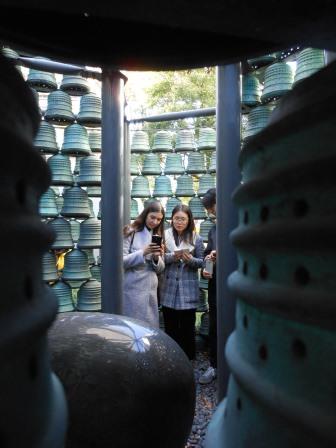