We held a foreign student tour!

This international student tour has been held since 2017 in cooperation with Hitotsubashi University in the neighboring city of Kunitachi.
Tachikawa, the city of art, is part of “Explore Japan,” a class for international students in which students can experience Japanese culture from both traditional and contemporary perspectives.
The classes were conducted in either English or Japanese depending on the level of proficiency of the foreign student, and this time they were mainly conducted in English.

After learning about the history of Faret Tachikawa, the foreign students were guided by the Fare Club to see the art.
Unfortunately, it rained that day, but we were able to take pictures and proceed harmoniously.
After the art tour, I went to Tachikawa Manga Park, a popular spot in Tachikawa.
In the workshop with lectures by professional cartoonists, he challenged himself to draw pictures of himself and the art he took on the art tour in a manga style.
In the final discussion time, they talked about the attractiveness of Faret Tachikawa art from the viewpoint of foreigners and how to transmit it, and also created fun ideas such as games using Faret Tachikawa and using SNS videos.

It was the first international student tour in two years due to the novel coronavirus.
The four foreign students participated in the event with interest, and it was a day to fully enjoy Tachikawa’s art.

With Hitotsubashi University, we conduct international student tours twice a year in spring and autumn terms.
We also offer Japanese language tours (outside of classes) for long-term students who have studied in Japan for more than one year.
Foreign students from other universities also participate in the event in Japanese.
There have been participants from Tokyo Gakugei University, Tokyo University of Foreign Studies, and Meiji University.
We will continue to consider programs that allow foreigners to learn more about and enjoy Faret Tachikawa Art. 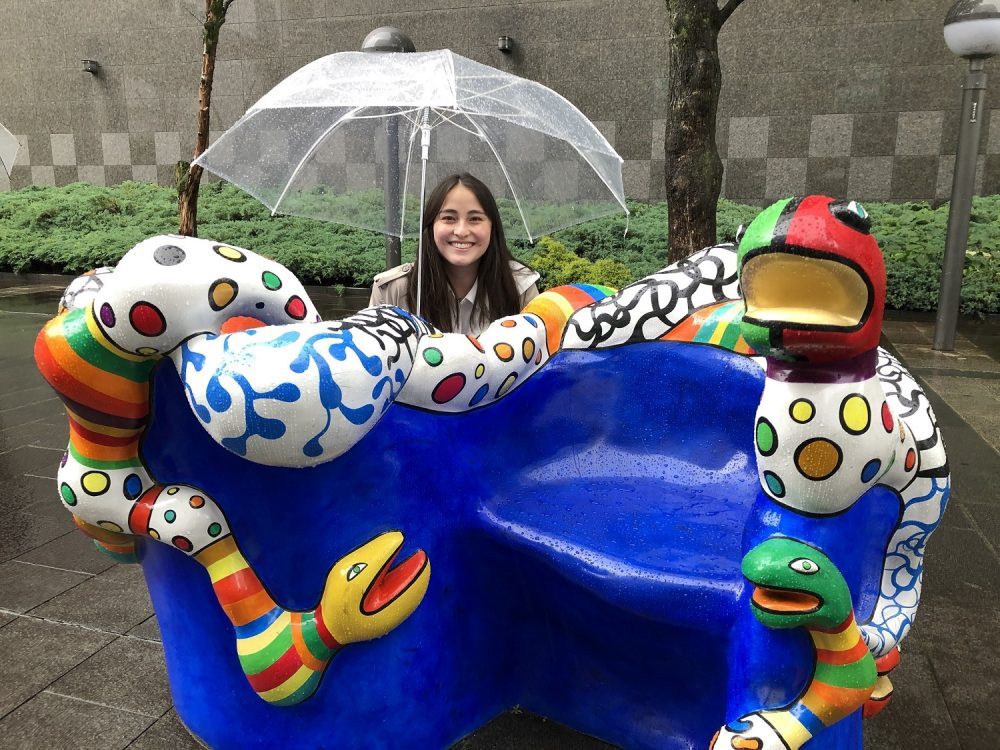 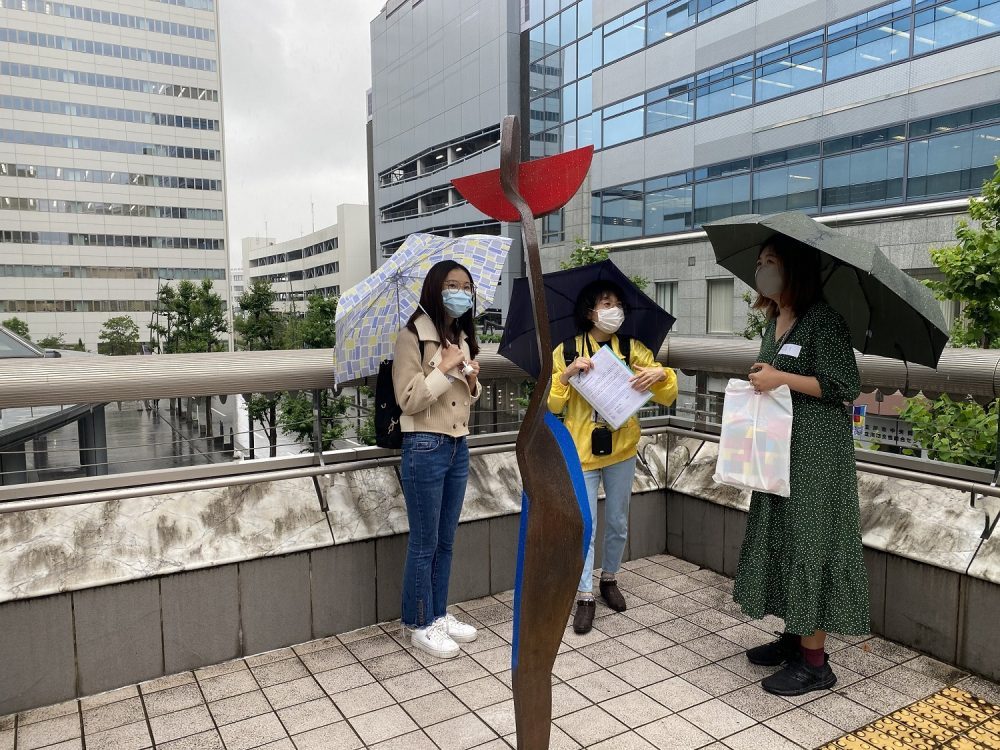 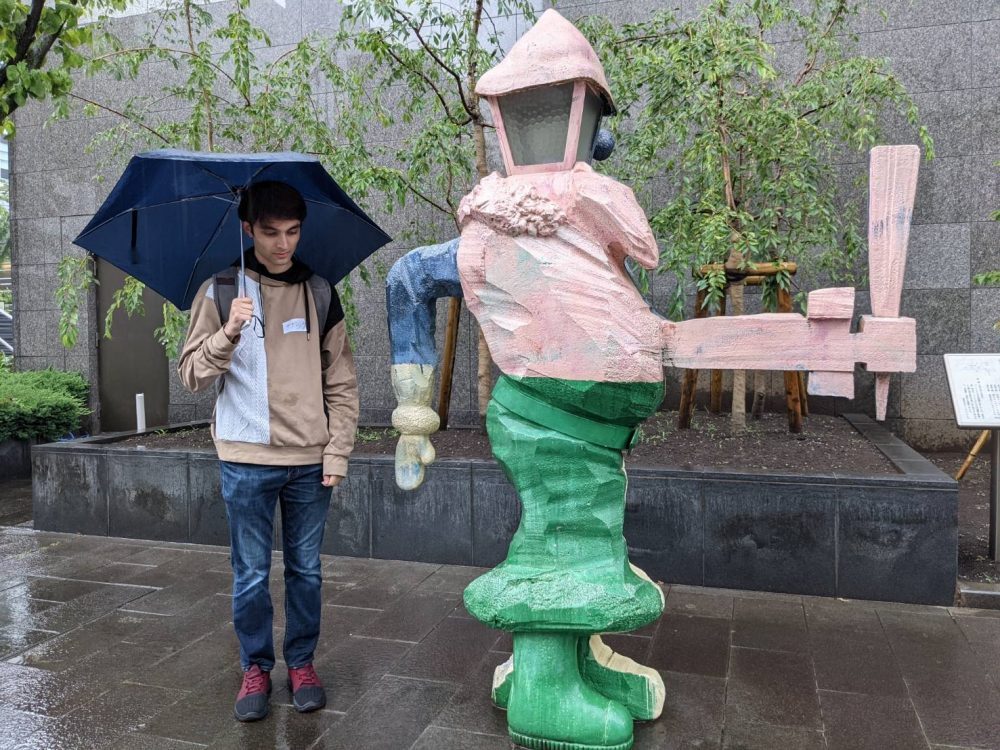 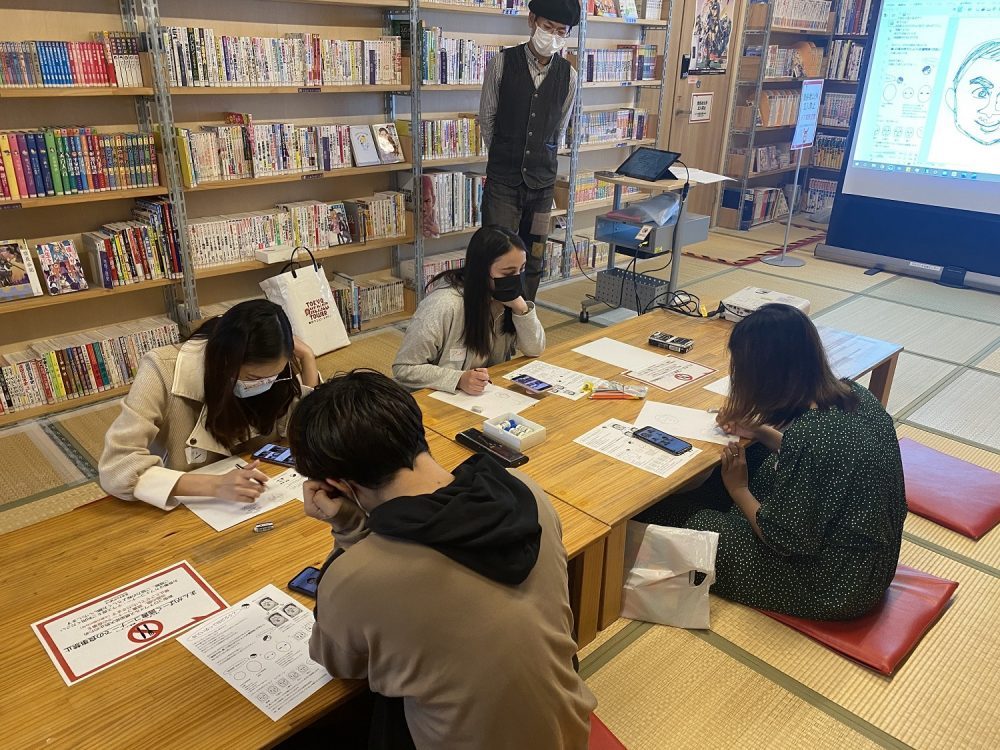 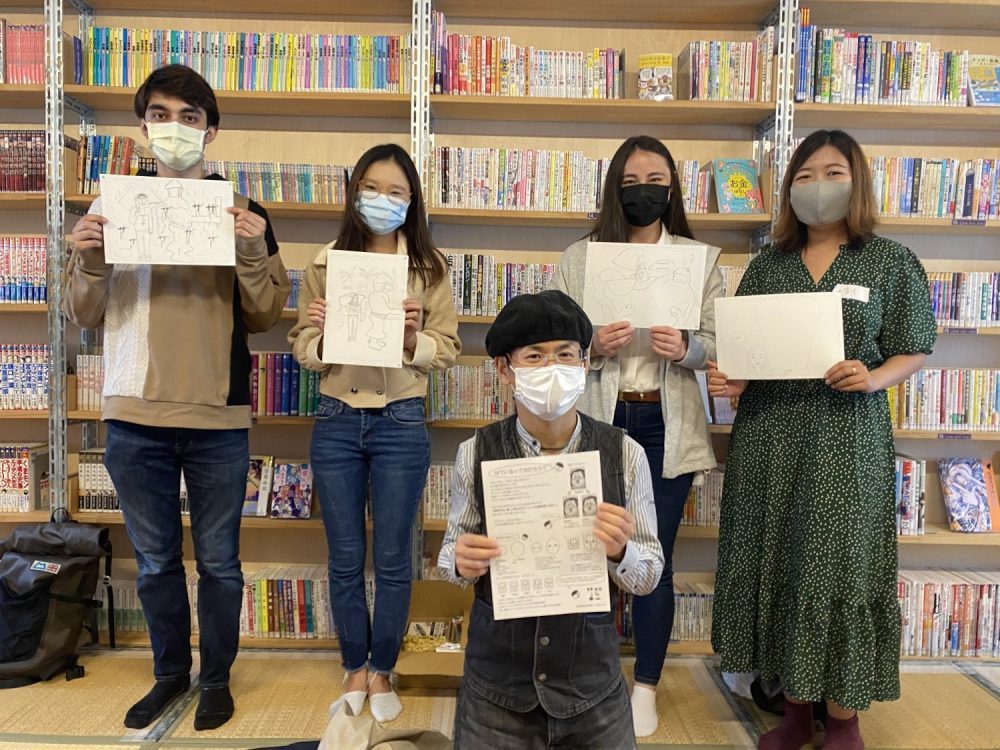 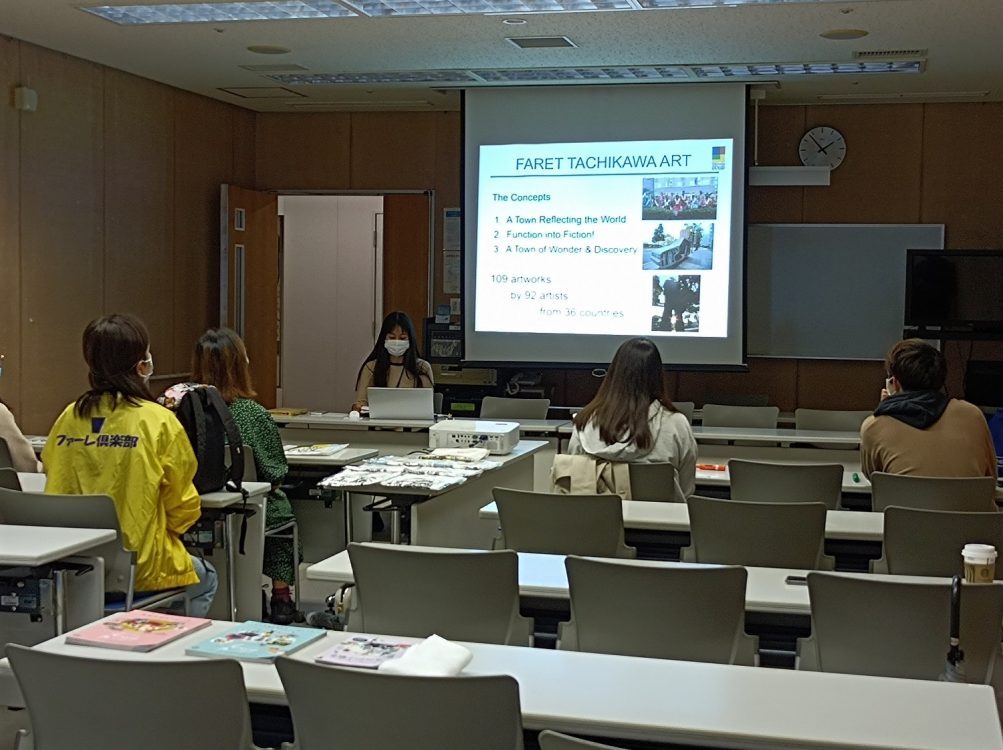 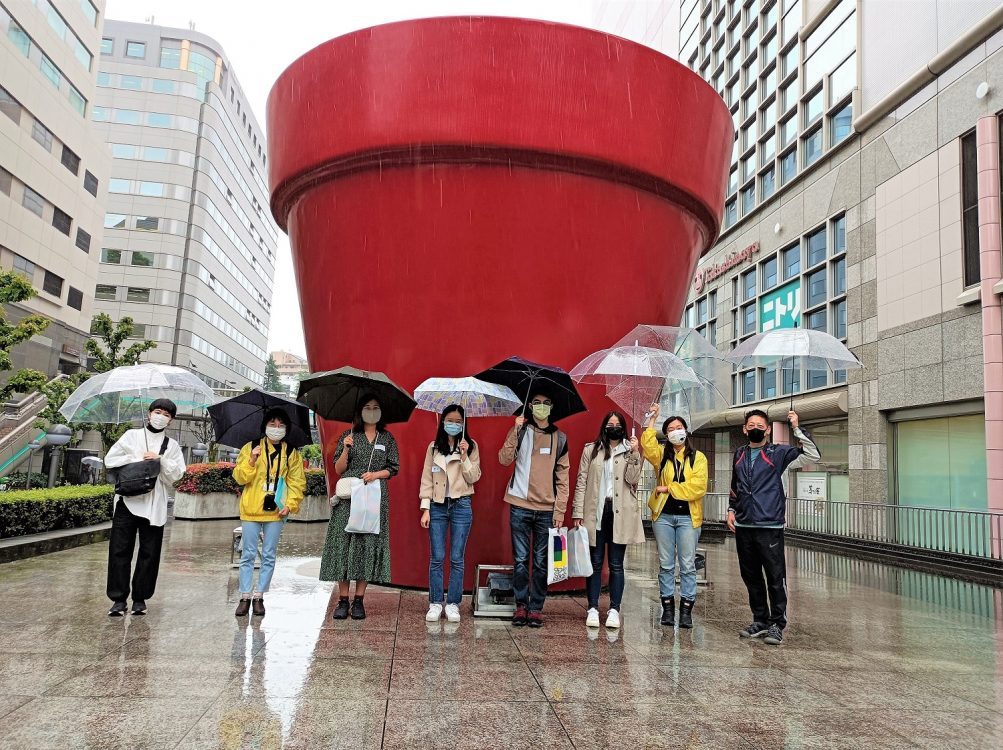 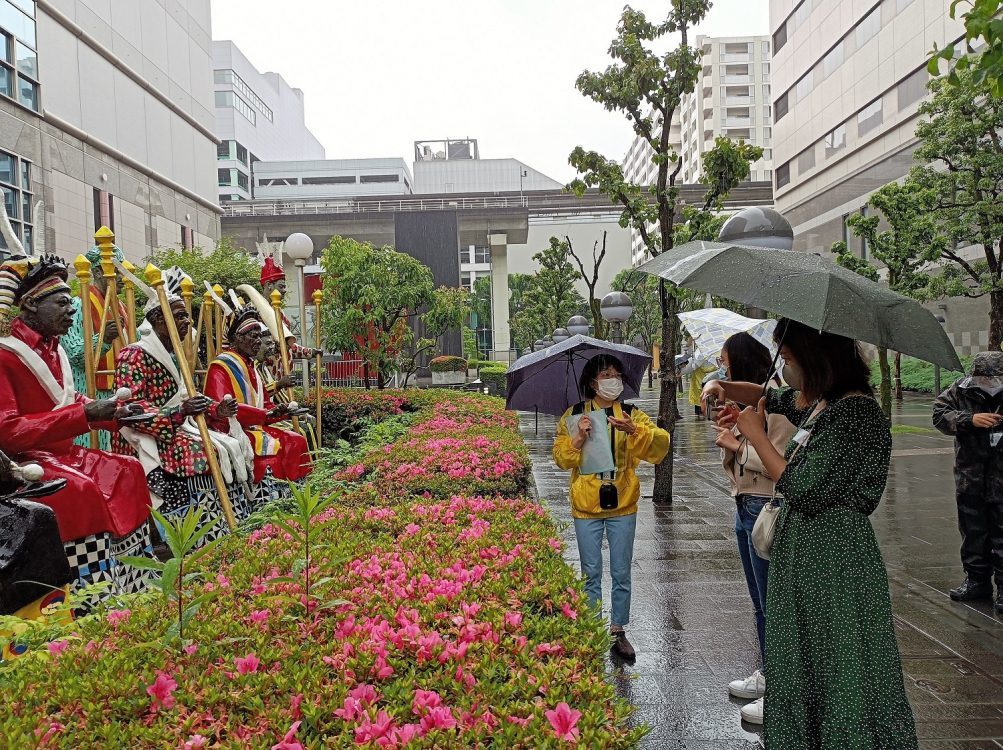