The winners of the award ceremony for the Faret Tachikawa Art Photo Contest are announced! 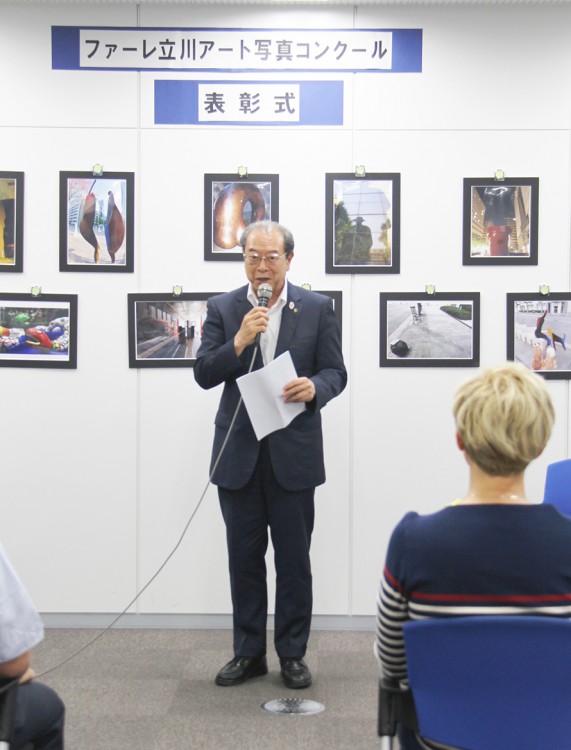 I’m Sato, president of the Tachikawa Chamber of Commerce and Industry. I’m the chairman of the Furay Tachikawa Art Revitalization Executive Committee.I’m Sato, president of the Tachikawa Chamber of Commerce and Industry. I’m the chairman of the Faret Tachikawa Art Revitalization Executive Committee.
We have held a photo contest in order for everyone to like Faret Tachikawa Art.
First of all, congratulations to the winner.
There were over 100 entries for this contest, and as I was born and raised in Tachikawa and working in Tachikawa ‘Love Tachikawa’, I am very happy.
There were so many people who were interested in Faret art and applied.
Pictures of Faret Art that Tachikawa boasts to Japan and the world. I think it was a very difficult task.
However, the winners and other applicants were photographed with great sensitivity.
I think they were the works that could express your love for Faret and your love for pictures.
Many points such as daytime hours, sunset, night starry sky, rain, etc. were interwoven with Faret art, and the scenery I see every day was beautifully captured in one frame called a photograph.
If I am allowed to wish so much, I think it will be even better if you pay attention to the functions of the camera, the quality of the photo prints, and every corner of the angle of view.
Please continue to make a lot of casual scenery of Tachikawa as a photographic work.
I hope you will have a chance to see your pictures again. 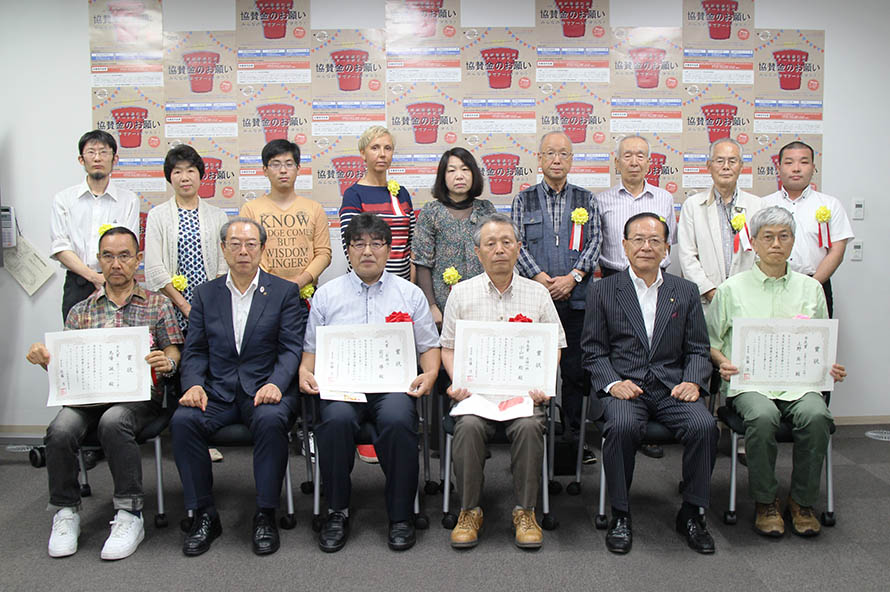 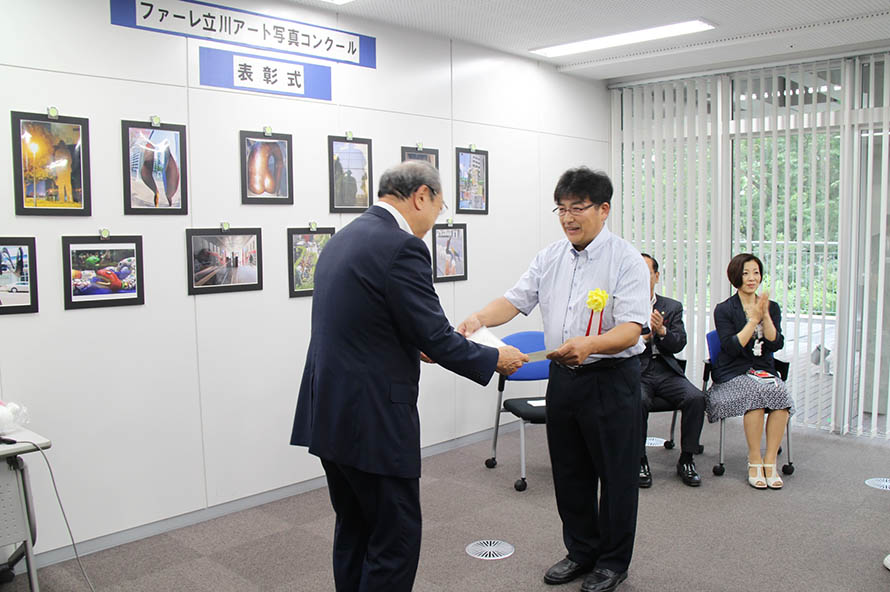 The awards are listed below. 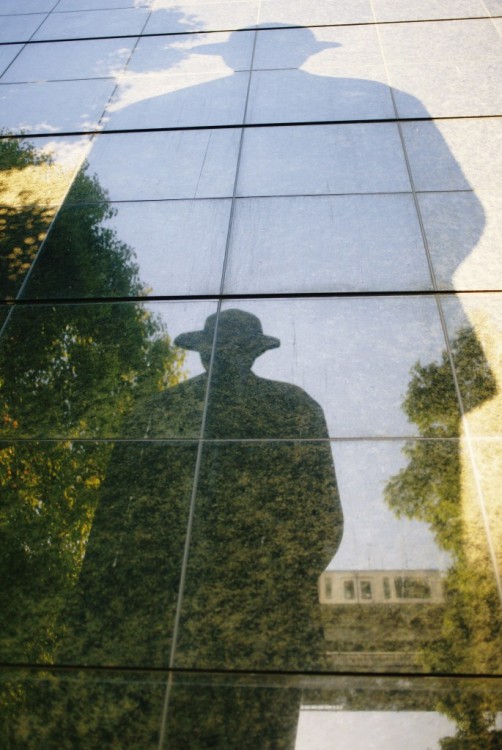 Thank you for receiving the grand prize of the Farre Tachikawa Art Photo Contest today.
How to convey the theme, art impact this time
I was able to shoot this work while shooting some art works.

「man with a briefcase」

And this piece of work just appeared on the wall of the building
and the shadow of the sun had just entered my eyes,
I tried to figure out how to express it.
Tama Monorail Modei Tachikawa Rashiga
in the world today.

is that it’s a place that’s usually
I hope it will help to spread Fahre Tachikawa Art more. 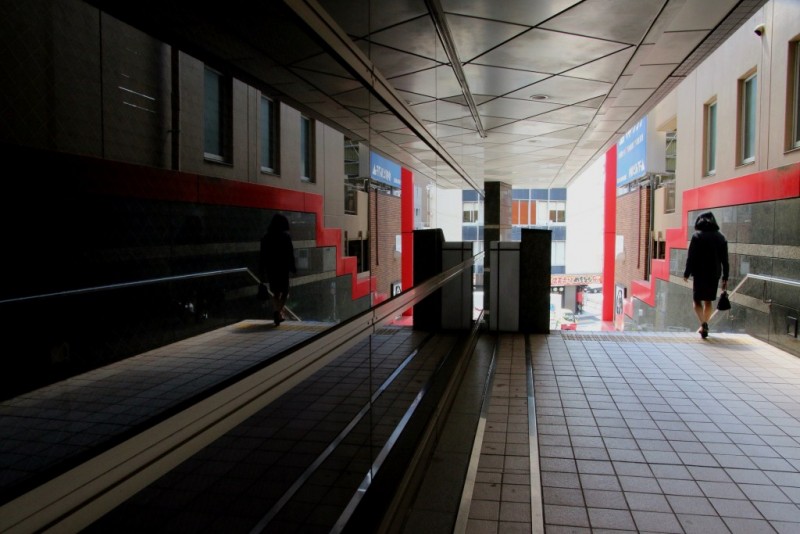 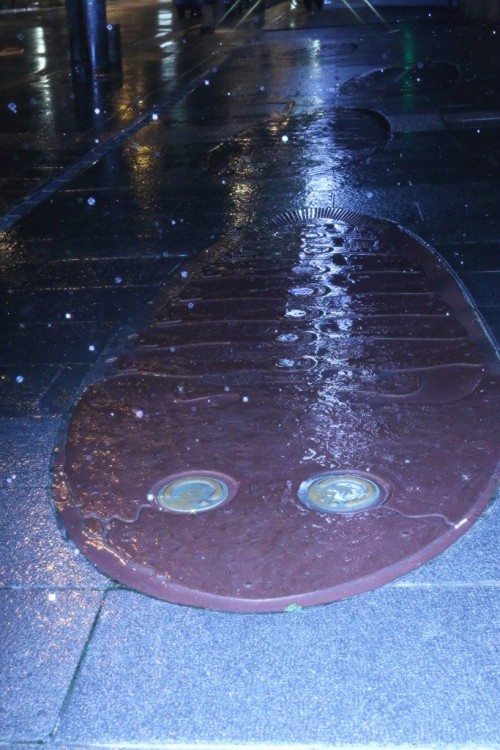 Tachikawa Eiichi Ueno「Sit down! My feelings for my husband」 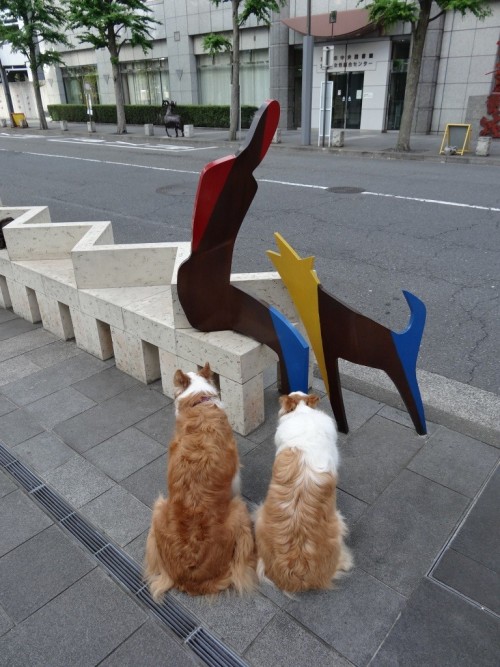 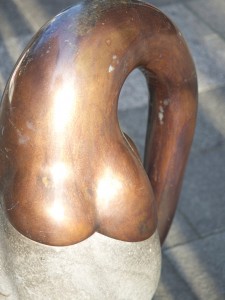 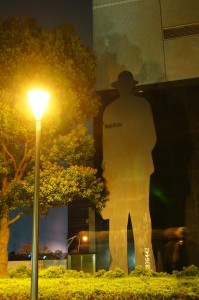 It is a waste to pass without seeing art.（Makoto Saitō・Tachikawa） 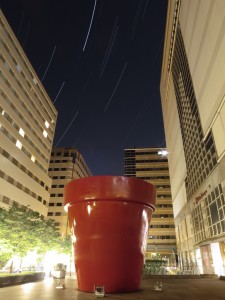 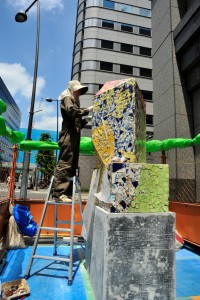 One of the popular voters Kururin’s stuffed toy present